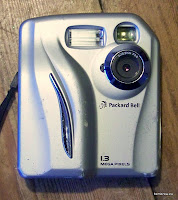 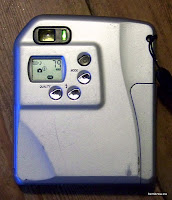 Yes, I know that "lomography" refers to a particular type of film camera. However, this sort of primitive digital camera endorses a motto of "Don't Think, Just Shoot" just as much as a real LOMO.
Posted by David Hembrow at 09:01